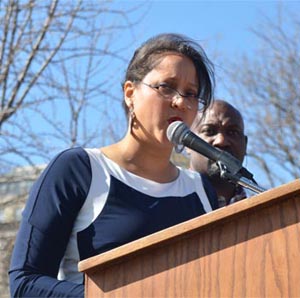 Madeline McClenney-Sadler is a prison abolitionist and an ordained Baptist minister with over twenty-five years of experience serving the church. She completed a Bachelor of Business Administration in Finance, and a Master of Divinity Degree at Howard University in Washington, D.C. where she was an active advocate for the homeless. She continued her education at Duke University where she earned a Ph.D in Old Testament Studies in 2001, with minors in Women’s Studies and Islamic Law. As an advocate for the underserved, she received a citation from the Pennsylvania House of Representatives in 2001 for her humanitarian work in the community. She served as a sentencing specialist for ReEntry Inc. in Raleigh North Carolina while completing graduate studies. As a sentencing specialist, she went to the court at the time of sentencing to make a case for alternatives to prison for defendants. In 1999, Dr. McClenney founded Exodus Foundation.org and under her leadership the Red Sea Crossings Mentoring and Scholarship Program was developed as an evidence based re-entry mentoring program emphasizing 24 hour, culturally competent mentoring.

As a published author, Dr. Madeline is one of several nationally known contributors to the 2011 Judsen Press release Ministry with Prisoners and Families: The Way Forward, a groundbreaking tool for pastors and congregations.In 2015, Judsen Press released Church On Purpose where Dr. McClenney’s chapter appeared entitled, “Believers Unchained: Why Christians Must Abolish Prisons or Stop Preaching the Gospel” Dr. McClenney was recognized by the Center for American Progress as “1 of 15 Faith Leaders to Watch in 2015.” Under her leadership, in 2016, Exodus Foundation.org was awarded the Pride Magazine “Paths Out of Poverty” award for its work to increase upward mobility in Charlotte.

She is the chief strategist and creator of the “Time’s Up- Let Me Go!” Campaign which calls for our nation’s leaders to release all nonviolent federally convicted and overcharged persons.

Click here to request Dr. McClenney-Sadler at an event